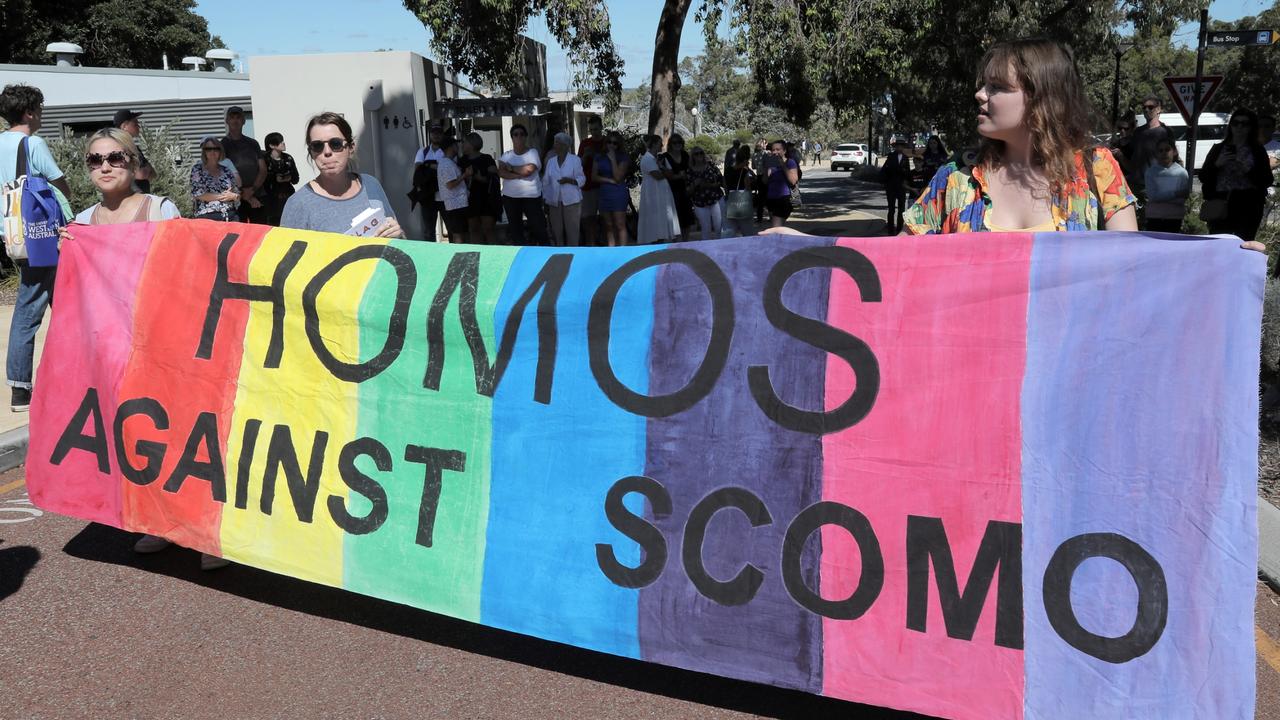 A violent protest has erupted outside a lunch event attended by Prime Minister Scott Morrison in Perth, with one person arrested.

About 50 people rallied outside the state reception centre at Fraser’s Restaurant in Kings Park on Wednesday, with some carrying signs that read “Homos against ScoMo” and others waving the Aboriginal flag.

“We have the right to demonstrate, this is not a police state,” they chanted.

Police confirmed an 18-year-old man was charged with obstructing police.

“Aside from this, it was all conducted lawfully,” a police spokesman said.